Here is the next NVA soldier by Paul Hicks available through Empress miniatures: 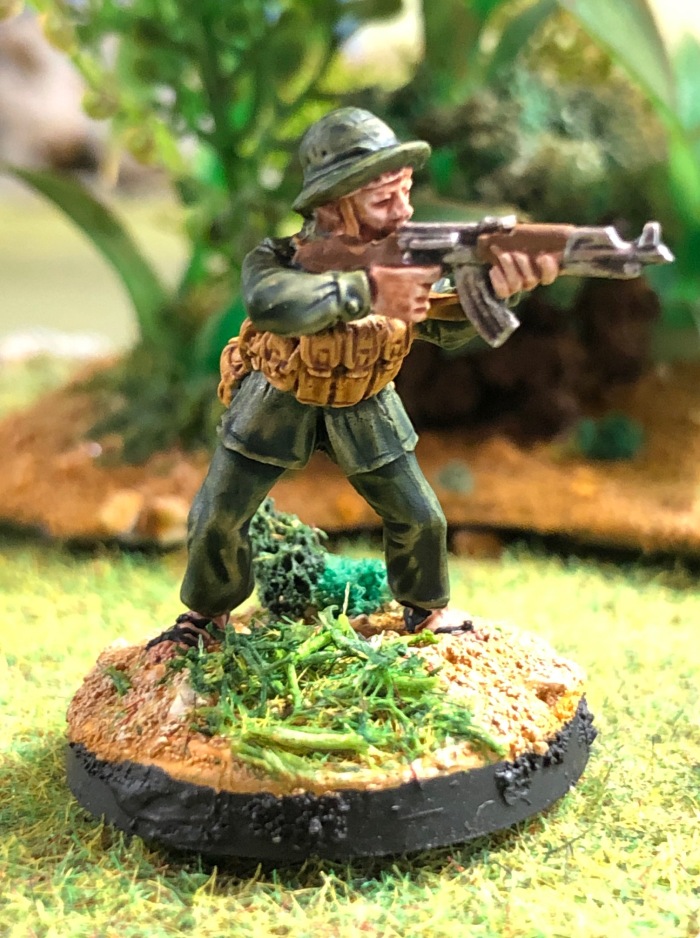 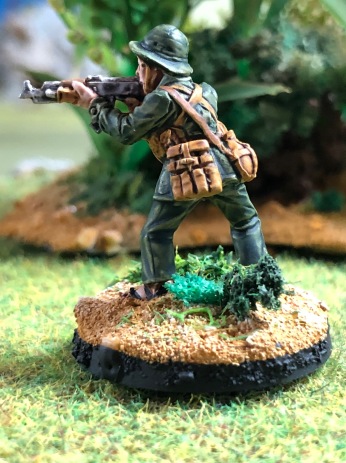 In 1967, U.S. Army volunteer Chris Taylor arrives in South Vietnam and is assigned to an infantry platoon of the 25th Infantry Division near the Cambodian border. The platoon is officially led by the young and inexperienced LieutenantWolfe, but in reality the soldiers defer to two of his older and more experienced subordinates: the hardened and cynical Staff Sergeant Robert “Bob” Barnes, and the more idealistic Sergeant Elias.

Here is my take of Staff Sergeant Robert “Bob” Barnes and Sergeant Elias. Both figures are a set from the Wargames illustrated magazine . 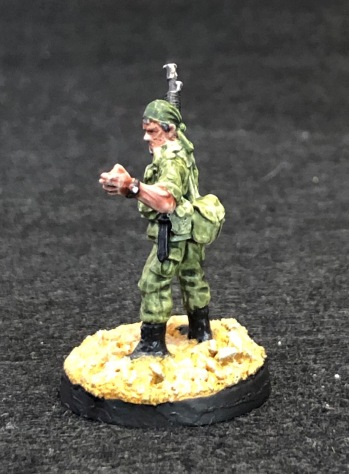 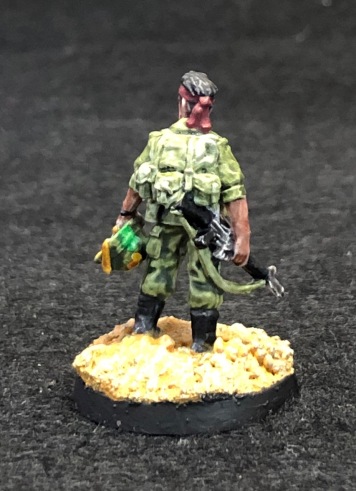 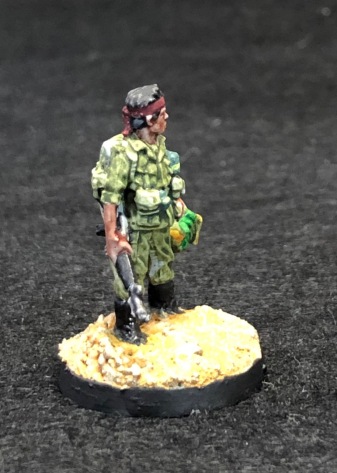 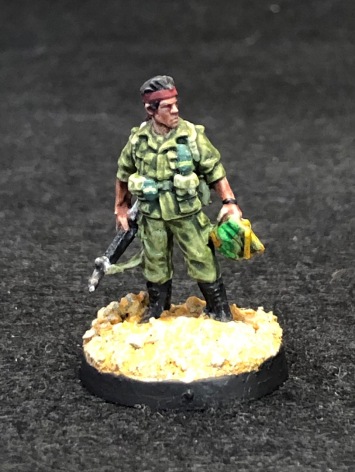 Here is the Blooper gunner for my US Marines for Vietnam. He is armed with a M79 grenade launcher. A single-shot, shoulder-fired, break-action grenade launcher that fires a 40×46mm grenade, which uses what the US Army calls the High-Low Propulsion System to keep recoil forces low, and first appeared during the Vietnam War. Because of its distinctive report, it has earned the nicknames of “Thumper”, “Thump-Gun”, “Bloop Tube”, “Big Ed”, “Elephant Gun,” and “Blooper” among American soldiers as well as “Can Cannon” in reference to the grenade size. The M79 can fire a wide variety of 40 mm rounds, including explosive, anti-personnel, smoke, buckshot, flechette (pointed steel projectiles with a vaned tail for stable flight), and illumination.

There was usually one “grenadier” armed with a Blooper per marine squad. The figure is a Paul Hicks sculpt available through Empress Miniatures. 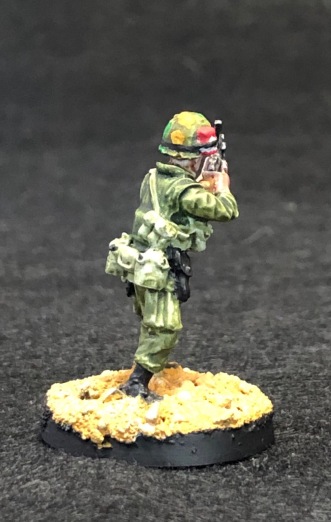 More to come. Have to speed up my painting as there will be lots more waiting for me at Crisis Antwerp.

As I started on my Vietnam war project during the summer and have finished a few miniatures now I thought it is time to start on some terrain for my games. I got a 3D printer from my wonderful wife and so the terrain making starts. I got the Anicubic Photon 3d resin printer a wonderful machine indeed. You can get more information here.

Here is a picture of the machine:

I got an STL file of a carribian hut which fits in with the vietnamese rural landscape quite well: 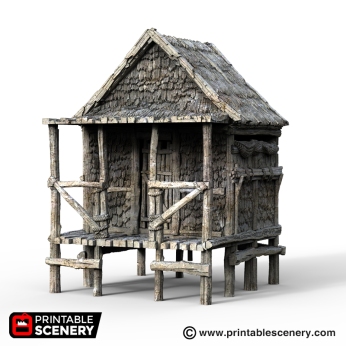 You can get the file here.

I printed the file and build it using superglue which worked quite well. I painted it with my airbrush and a few washings based it and added a palm tree ( available on eBay) and here it is: 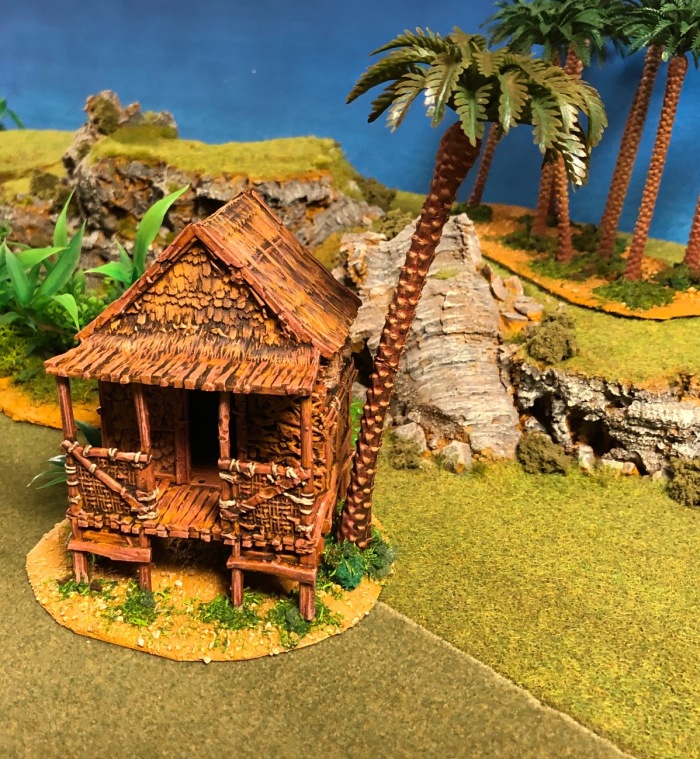 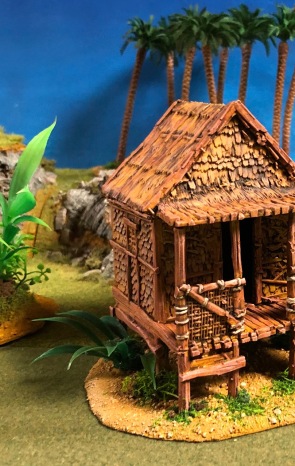 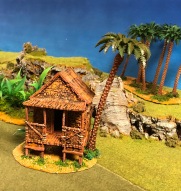 Here is a US marine figure next to it . I printed it in the size it came in. Of course you could resize it in any scale you would like. I am quite happy with it. It won’t be the last structure to print for my terrain needs.

If someone knows other STL files useful for my Vietnam war project please leave a comment , thanks.

Here is the 4th soldier of my 1st NVA squad. Figure by Paul Hicks, released by Empress Miniatures. the figure has a head swop with one of the Empress head packs you can get here. 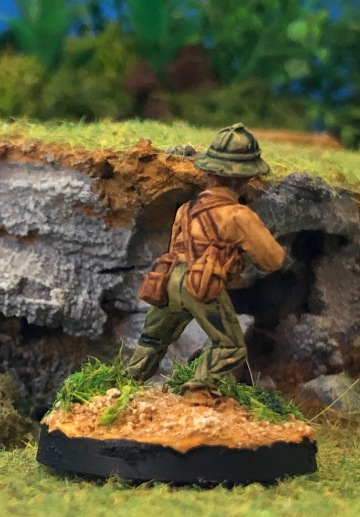 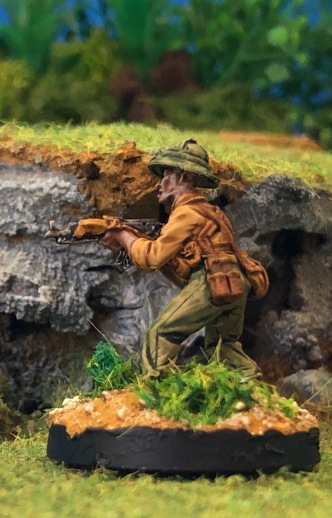 More in the painting line.

So here is sergeant Tom . the figure got a head swop and a special paint job on the left arm . The figure is a gringo 40 figure. The head is a special sculpt by my friend Paul Hicks and depicts my features. I added a scarf round the neck to hide the joint between the body and the head. On the left upper arm I tried to paint a tattoo I happen to have there. 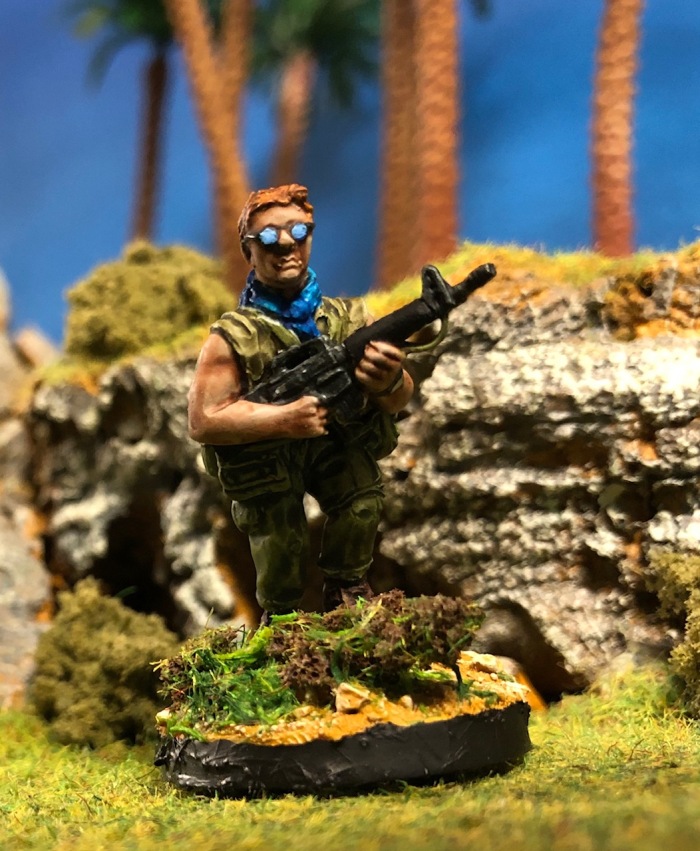 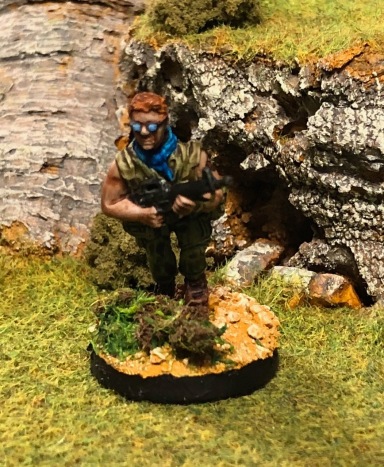 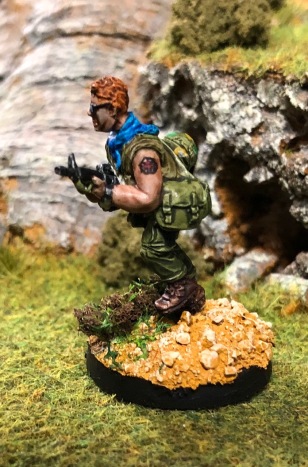 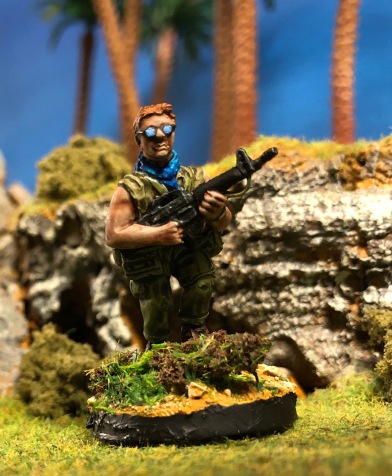