As I am playing Bold action by Warlord miniatures , I need a lot of scenery!
If you do not know Bold action it is a squad or platoon level wargame set in WWII.
As troops die very quickly in this system without adequat cover I started my terrain building project with field walls. You can see how I made them here.

The Perrys just had the first test shots of the Plastic Napoleonic British Light Dragoons so they thought to put some together and show you. There are larger pictures on there website (as well as a frame shot) on the plastic lists, where they’re up for pre-order. This is the troopers frame, you’ll get four of these frames in the box as well as four horse frames (the same as the British Hussars) and a command frame.
The box covers the Peninsula war as well as the Waterloo campaign uniforms 1808-15. However with a simple paint job (or modelling job) you can add a queue and take the date back to 1800.

Here is the newest Lannister figure: 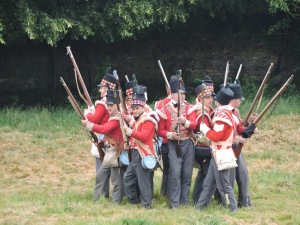 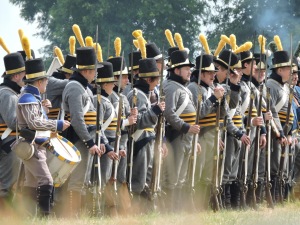 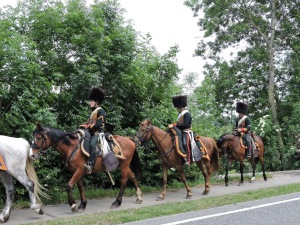 The Belgian town with this name tries again to become world famous, because  200 years ago,  on 18 June 1815, the French Emperor Napoleon suffered his decisive defeat at Waterloo.

Actually Waterloo is a medium-sized, sleepy village on the outskirts of the capital, Brussels. For the upcoming four-day 200-year celebrations the village and the area awaken again. Not only the souvenir shops indicate to whom it primarily goes: many shops greet  with  images of French Emperor with the famous cocked hat and on horseback. There is hope for a revival of the area. “I live for over 50 years in Waterloo and know the story of Napoleon ,” says one inhabitant of the village. “Most of the residents will benefit, especially the business, “says the pensioner. Waterloo was the Headquarters of the Duke of Wellington not the center of the great battle of 18 June 1815. The Duke commanded the Allied soldiers against the French army. The battle took place in the fields of nearby hamlets.

An open-air arena at  Mont-Saint-Jean has been prepared for the spectators. Countless rows of seats were literally mounted on a greenfield site. Here will be a light-and-sound show, entitled “Inferno” in remembrance of the  anniversary of the battle in which 45,000 soldiers fell in a few hours or were wounded and maimed. 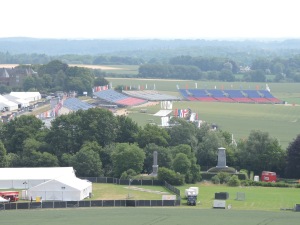 Over the next two days  5500 volunteers from over 50 countries will reenact  – in period costume and supported by 100 guns and more than 350 horses – the battle. This will be the largest historical re-enactment of the Napoleonic era at all anywhere in the world.  It took 18 months of preparation.

Here is the next Lannister Billman: 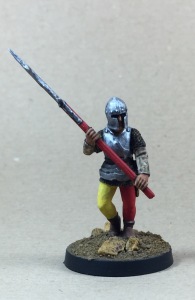 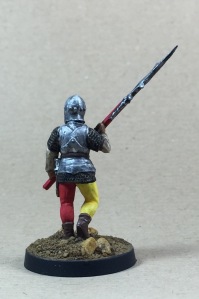 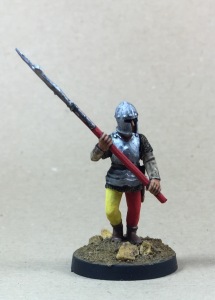 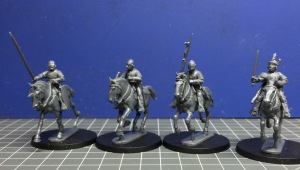 I started building 4 mercenary men at arms for GoT but they could also be used for WotR etc. It is a mixt unit of mercenaries, armed with bow,crossbow,lance and bill.

I always build a infantry figure resembling the cavalry figure on foot to be able to use the same character riding and walking. But enough words let the pictures speak for themselves .

I found some more pictures of the new Frostgrave plastic figure box.

Nick Eyre says on the North Star FB page that they’ll be compatible with Fireforge size-wise, which

opens up all sort of kitbashing possibilities.

I will certainly use these for my ongoing GoT project! 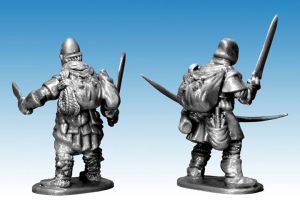 The focus is on a 12 x 5 meters large diorama recreates the military events in Waterloo based on approximately 15,000 painted 28mm figures. This large diorama is complex with landscaped and buildings and mediated by LEDs an authentic insight into the flow of battle. Several small additional dioramas are special issues devoted to, among other things, so will the competitive farm La Haye Sainte, one of the focal points of the battle in detail.