Bruder Thomas was the first Primaris Marine to join the Galactic knights. He is wearing Gravis armor. 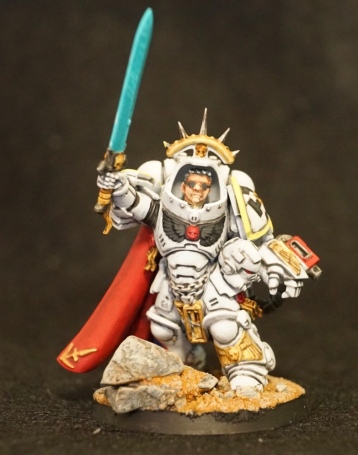 I used a special head for this miniature. It is sculpted by my very good friend Paul Hicks and resembles myself . Here you see the assembly before paint was applied:

Here you see the Meister on two different combat locations: 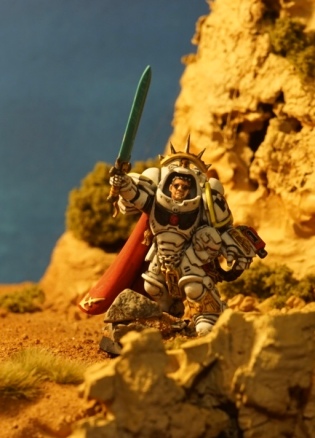 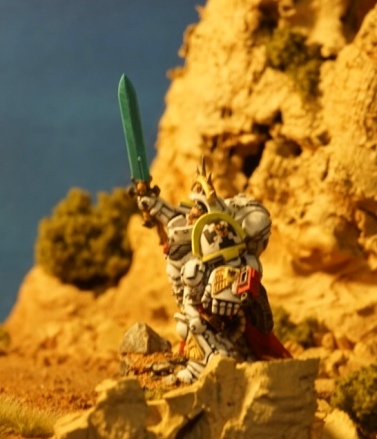 Here is the next member of the 3rd Gruppe 2nd Gefechtskompanie of the Galactic Knights space marines. He is wearing mark IV or Maximus power armor.

At the Mark IV stage of Power Armour development, Space Marine armour began to take on an appearance recognizable to that of contemporary Power Armour patterns, its primary change being the abandonment of the separate abutting plates of armour in favour of larger, inflexible armour casings incorporating flexible joints. This marginally reduced an Astartes’ mobility but was far easier to produce and maintain, and the suit was actually lighter and provided its wearer with more overall mobility due to the lessened weight, while not reducing the actual level of protection the suit provided compared to its Mark II counterpart. The Mark IV suit’s helmet was a completely new design, the basic shape inspired by the sweeping front of the Mark III. In Mark III and later versions the helmet was no longer fixed to the armour’s neck plates, but moved with the wearer’s head while still maintaining an environmental seal. 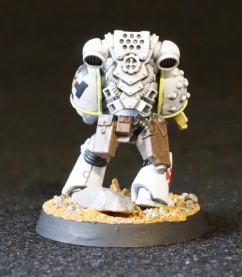 Here is the almost complete 3rd Gruppe: ( only 3 marines missing)

This is the next member of the 3rd Gruppe lead by Komtur ( sergeant) Karl. He is wearing MK III armor. The Mark III was never intended to replace the Mark II armour but instead was a specialised suit to provide heavier protection than the normal Mark II suit when fighting in conditions similar to that found on the Squat homeworlds, in mines, subterranean complexes or the tight corridors of a spacecraft. It has more frontal protection than the Mark II Armour, but the weight of the rear armour was lessened to compensate. The suit uses a heavy armoured helmet with sloping plates designed to deflect shots to the left and right, thus inspiring its name as the Iron Armour pattern. The helmet inspired the Mark IV and VI helmet designs. The wedge-shaped helmet (designed to deflect incoming fire from the front) formed the basis for the later distinctive Corvus Beak helmet of the Mark VI pattern. Iron Armour clanks and grinds with the slightest movement, making it all but useless in stealth operations. However, the presence of such an imposing and ancient suit of Power Armour is a great honour for all Space Marines and can greatly boost unit morale in combat. ( warhammer 40k wiki) 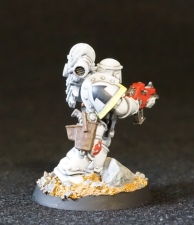 Here is the first member of the 2nd Gruppe 1st Kompanie ( Mondkrieger) of the Galactic Knights space marine chapter. This is as in every space marine chapter the elite company of the Ordo Teutonicus. They are called Mondkrieger ( Moonwarriors) as they claimed the Moon Münster for their chapter as a new base after the first Homeworld of the chapter was lost to an Ork attack. More on the history of the Galactic knights here.

So here is Bruder Aron in Terminator armor: 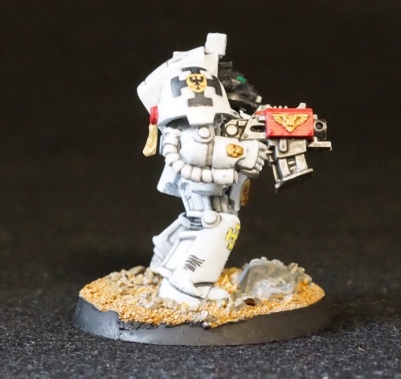 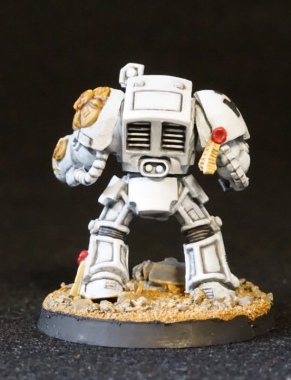 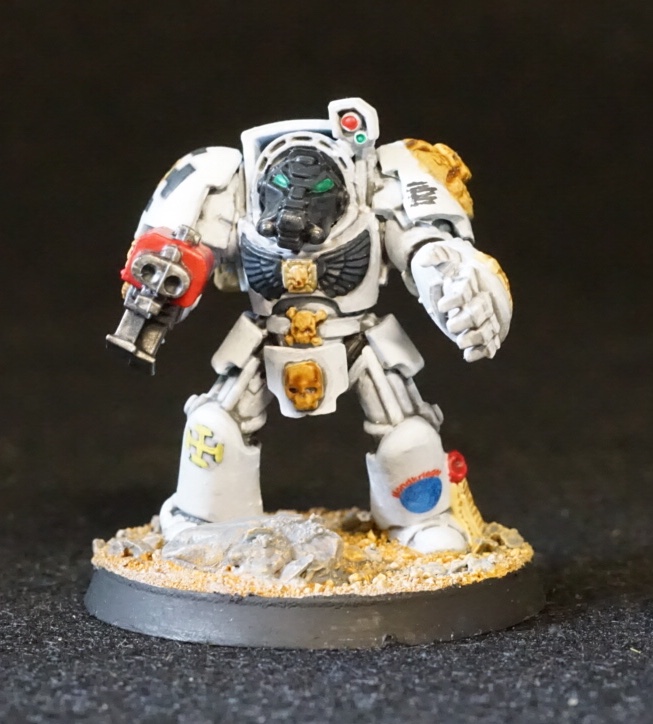 Next up will be Bruder Tom of the 2nd Gruppe 1st Gefechtskompanie.

Here is the next Space Marine of the 2nd Gefechtskompanie 3rd Gruppe, Bruder Johann. This is the first beaky marine i did for the Galactic Knights. I will do a few more in older armor as it is the habit of the ordo teutonicus ,aka the Galactic Knights, to pass on old armor to new marines . So there will be ,eventually, all kinds of tactical and terminator armor in the chapter. Here is the complete first half of the 3rd Gruppe 2nd Gefechtskompanie:

Here is the next member of the 2nd Gefechtskompanie, 3rd Gruppe. A tactical space marine unit of the Galactic Knights of the Ordo Teutonicus. Bruder Dirk: 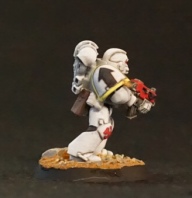 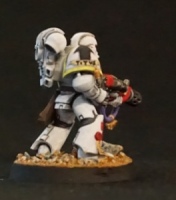 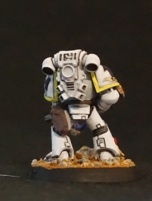 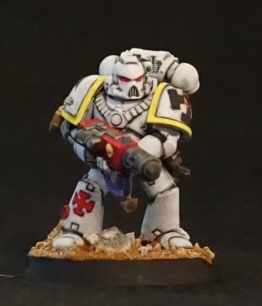 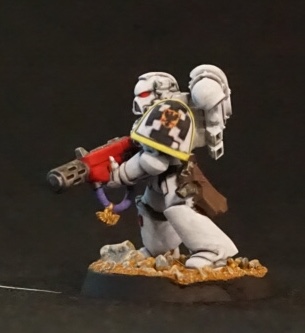