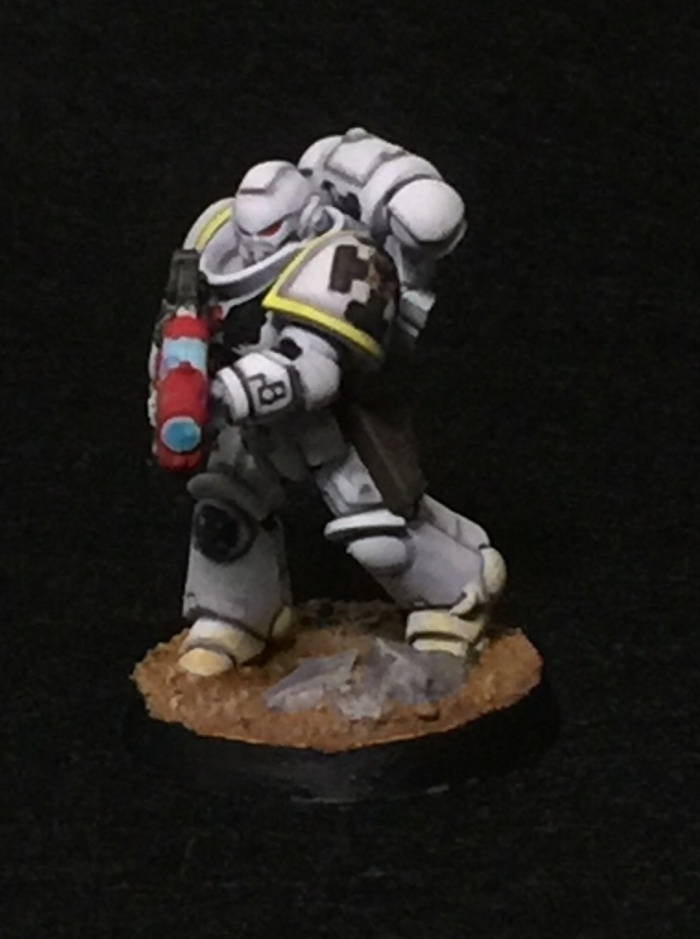 This is the latest member of the second Gefechtskompanie 5th Gruppe of the Galactic Knights. Bruder Gerald. This makes the 5 men Hellblaster squad complete. 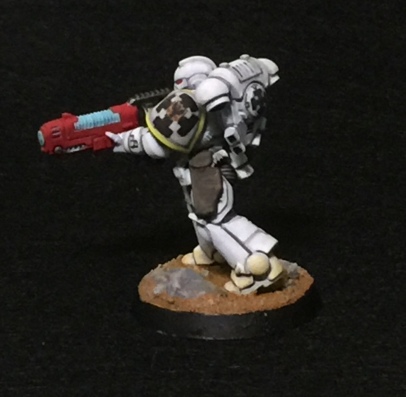 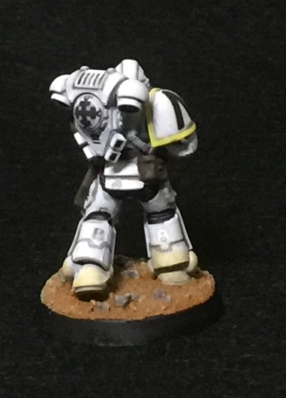 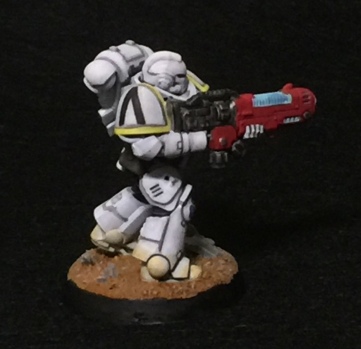 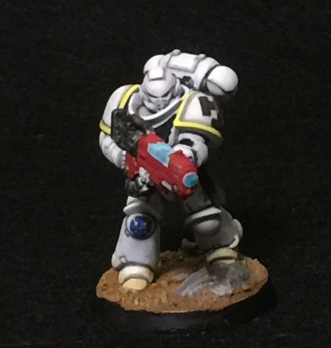 Here is a picture of the completed Gruppe: 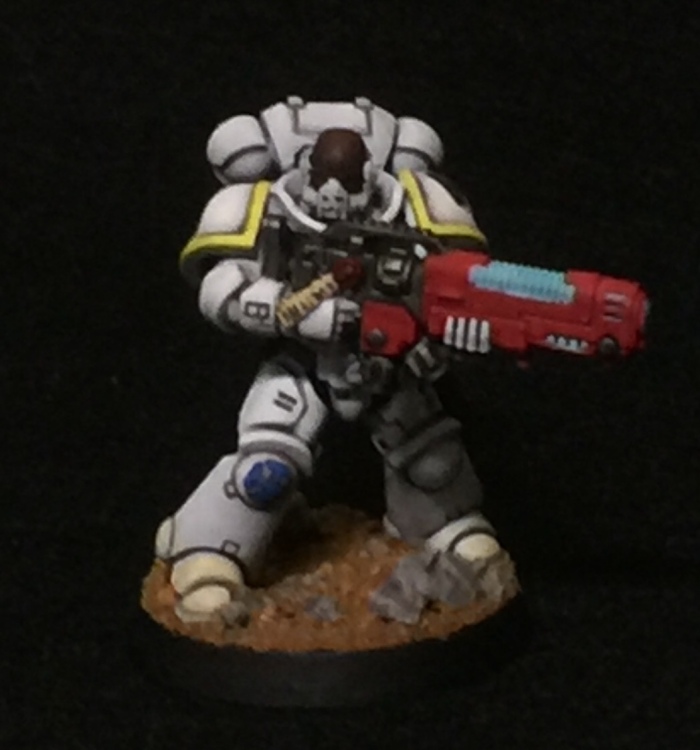 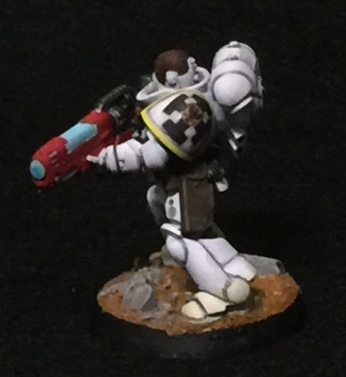 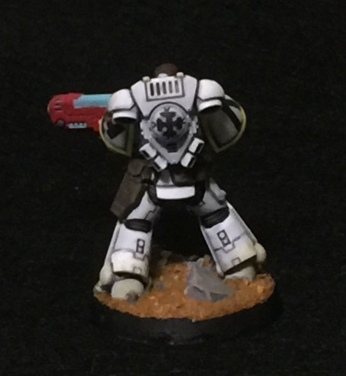 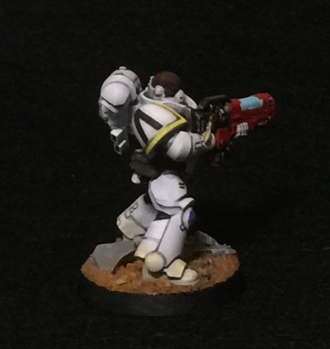 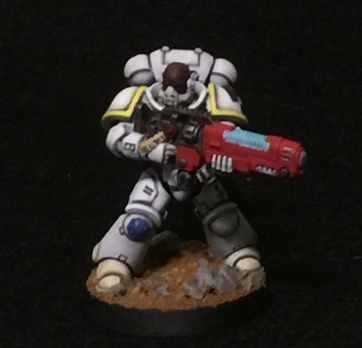 Here is a short video of the figure :

Here is Bruder Ägidius of the 5th Gruppe 1st Gefechtskompanie. The Hellblaster Gruppe of the 1st Zug ( Platoon) . 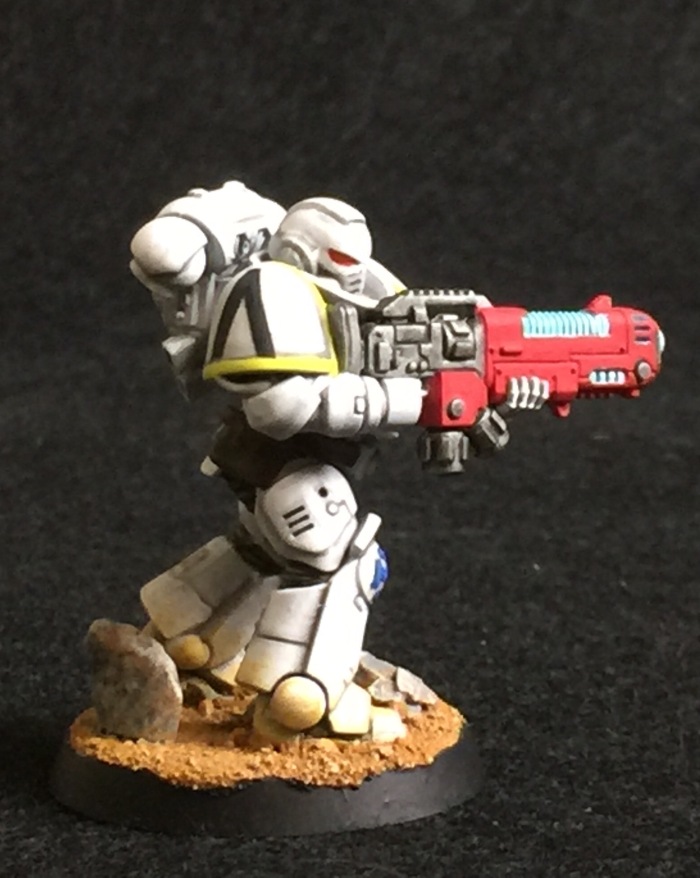 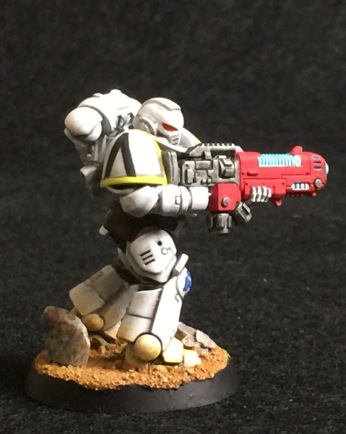 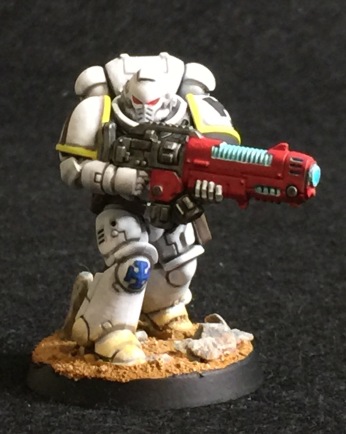 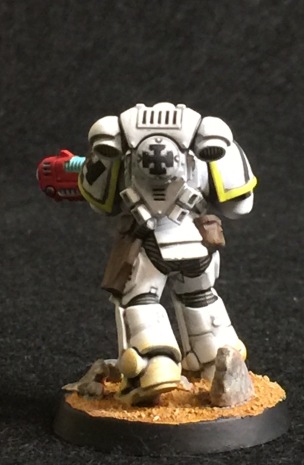 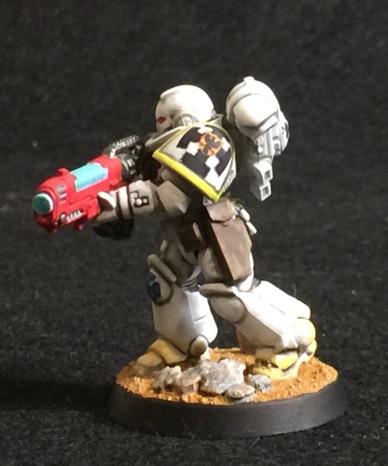 And here is some more info about the Galactic Knights Chapter:

The Galactic Knights wear a completely white set of power armour. As the chapter is very old there are many different types of power armour in use at the same time. The latest is the Type X armour used by the Primaris marines of the Chapter. These are currently only deployed in the 2nd Gefechtskompaniekompanie.

The marines wear the Chapter icon, a black cross ( Krückenkreuz) superimposed by a yellow shield showing a black eagle on the left shoulder pad. The Krückenkreuz is the true chapter icon the yellow shield with the black eagle is the heraldry of the Germania system. It was adopted into the chapter icon after the Ordo Teutonicus chose its homeworld in the Germania System. So very old dreadnoughts might still show the old icon.

On the right shoulder pad the tactical sign in black is worn. These are like in the Codex Astartes.

The Gefechtskompanie is indicated by a shoulderpad rim in company colour. Here the Galactic Knights follow the codex astartes again but as the armour is plain white the 1st Gefechtskompanie wears black as colour. As the first is the elite company according to the Codex Astartes they wear black helmets instead of white ones, as all elite Marines in the chapter do. So the colors of the Gefechtskompanies are as follows:

There are 10 Gruppen in each Gefechtskompanie these are designated by a cross in the corresponding colour worn on the right knee . Black for the 1st Gruppe, yellow for the 2nd, red for the 3rd, green for the 4th, dark blue for the 5th, orange for the 6th, violet for the 7th, grey for the 8th, sky blue for the 9th and brown for the 10th Gruppe.

The vehicles show the chapter icon, all other insignia follows the codex astartes.