Oathmark Elf Infantry by Northstar. These are the first pictures of the very first figures from Renedra’s factory.

A comparison with a Oathmark Ork:

A painted three up:

Pre orders will be possible from April on. watch this space for pictures of the frames. 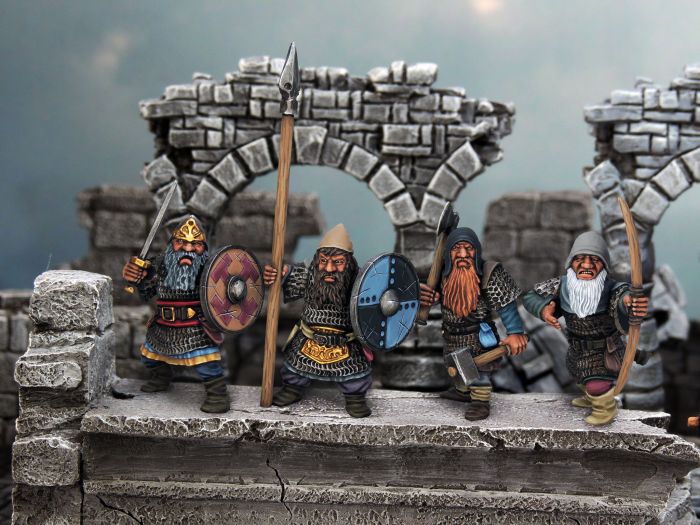 Have you seen this ? Frostgrave Dwarfs, Elves and Goblins as plastic boxed sets announced !

Later this year, North Star Military Figures and Osprey Games will be releasing a new range of fantasy miniatures, beginning with a plastic box set of Dwarf Infantry! Each sprue from this set allows you to build 5 Dwarves armed with spears, hand weapons, or bows, with a huge variety of head options. They are also working on similar boxes for Elves and Goblins! There are no official release dates yet.