The Royal Navy had identified the need for two types of destroyer: larger vessels with heavy gun and torpedo armaments for fleet work and another type for escort duties. Although old fleet destroyers could be allocated to escort work, they were unsuitable for the task and new construction replaced them. Fleet destroyers were designed for speed and their machinery was inefficient at convoy speeds, reducing their range. Their shape made them poor sea boats at low speed, also exacerbated by additional equipment on the superstructure. Modifications were needed to ease these problems.

The escort vessels forsook the heavy armament and some of the speed of the fleet type to reduce unit cost and better suit mass production and the conditions. This new “fast escort vessel” was later classified as an “escort destroyer”.

Eighty-six Hunts were completed, of which 72 were commissioned into the Royal Navy and the remaining 14 were transferred to allied navies;

Eighteen were ordered on 4 September 1940 and two more (Lauderdale and Ledbury) on the following day. Three of these were completed to the Type I specification – Blankney, Blencathra and Brocklesby. A final batch of sixteen were ordered on 20 December 1939. ( from Wikipedia)

This time I wanted to try a , may be easier, different way. I got a paper craft model of the Hunt Typ II (ORP Slazak) from JSC in 1/400 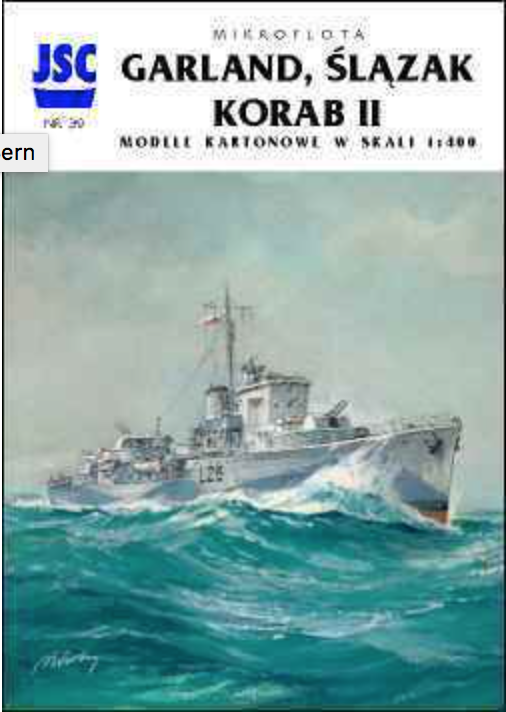 As the model is in 1/400 I had to increase the size of the parts by about 30%. After doing that with a photocopying machine I started building the model like explained in the assembly instructions. The only difference being to fill all the hollow spaces with extruded polystyrene to make it sturdy enough for casting.

The next step was filling and sanding to get a rough hull, the hull of the Warlord vosper is for size comparison, The Hunt is rather large in 1/300 ( about 28 cm) 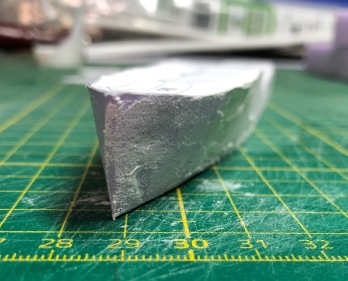 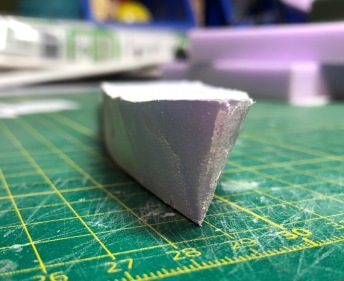 Next the paper hull sides were glued in , before that I punched out all the bulleyes to get them 3d for casting. 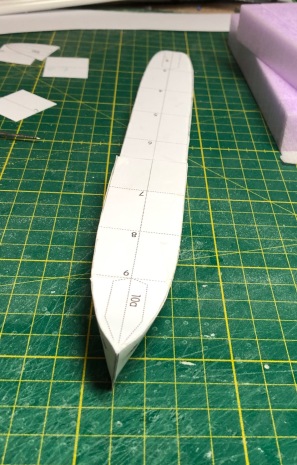 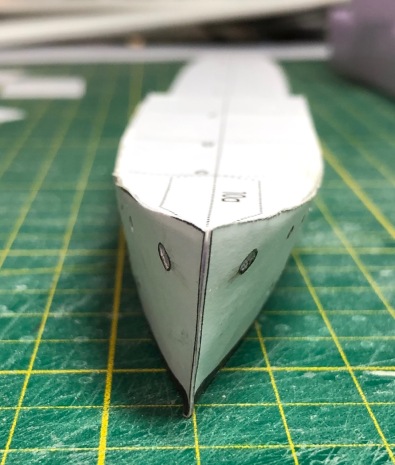 That is how far I got up to today. What do you think?